Did anyone happen to catch this article from the New York Times a few weeks ago – it’s fascinating…. 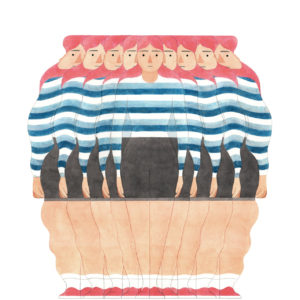 “Why you can’t lose weight on a diet: The problem isn’t willpower. It’s neuroscience. You can’t — and shouldn’t — fight back.”

Remember that show – The Biggest Loser? Well this article argues that the way the show goes about coaching contestants to loose weight is all wrong.  In fact, many of the contestants from that show ended up gaining the weight back – even more – but not because they just pigged out once the cameras were off. From the article:

“SIX years after dropping an average of 129 pounds on the TV program “The Biggest Loser,” a new study reports, the participants were burning about 500 fewer calories a day than other people their age and size.”

Wait, stop.  Did that say they were burning 500 FEWER CALORIES a day than other people of their age and size? After all that hard work exercising and dieting, not to mention on national television, they could’ve actually done more harm than good. More from the article:

“The root of the problem is not willpower but neuroscience. Metabolic suppression is one of several powerful tools that the brain uses to keep the body within a certain weight range, called the set point. The range, which varies from person to person, is determined by genes and life experience. When dieters’ weight drops below it, they not only burn fewer calories but also produce more hunger-inducing hormones and find eating more rewarding.

WHY would dieting lead to weight gain? First, dieting is stressful. Calorie restriction produces stress hormones, which act on fat cells to increase the amount of abdominal fat. Such fat is associated with medical problems like diabetes and heart disease, regardless of overall weight.

Second, weight anxiety and dieting predict later binge eating, as well as weight gain. Girls who labeled themselves as dieters in early adolescence were three times more likely to become overweight over the next four years. Another study found that adolescent girls who dieted frequently were 12 times more likely than non-dieters to binge two years later.”

We highly recommend you read the entire article. It will change the way you think about your food, waistline, and exercise regimen 🙂